The Regione Veneto has a sisterhood with IOWA State (USA) and organized a series of events to share crosscultural ideas and problems to create a partnership and strengthen the relationships. Our High School participated in two conferences with a total of ninety students and three teachers. On March 16th three classes of our institute (5ABTS, 4ABTS and 4AEM) took part in a conference with culinary experts from Iowa, and they had the chance to exchange ideas and ask questions. The meeting started off with an important Italian chef and sommelier:

Diego Critelli
Then he explained the recipe that allowed him to win many competitions.The core element is pork meat which was brined with milk, garlic, cinnamon and star anise. It is also combined with a special sauce that contains salt, balsamic vinegar, cinnamon, and star anise. It also has half a fig on top of it. This special sauce creates a great taste explosion and Americans love it.
Then Brooks Reynolds, Marshall Porter, & Seth Hall presented the Blue Ribbon Bacon Festival: This traditional Iowa’s festival was “discovered like penicillin” as the organizers say. It was that thing that could have made Iowa better...and it did. That’s also because there are 8 pigs per man in the State. The first festival took place in Des Moines, Iowa, in 2008 with only a few hundred people, but it has continued to grow during the years and visitors got up to 14000. During this festival lots of bacon is cooked and used to produce very particular dishes, samples, and even beverages. The most attractive ones were bacon covered ice-cream, the old fashioned bacon (a whiskey based cocktail with the pork fat added) and the BACON EXPLOSION which is a big piece of pork belly covered with bacon and then with sauce, it is then sliced like a steak. Bacon-lovers can also participate in bacon eating contests or attend lectures. Their dream is to build a “Bacon-mobile”: a car completely powered with biodiesel. This fuel is produced by organic matter and in this case it comes from the fat and wastes collected after the festival. People have lots of fun, make new friends and like to share so much that they called this “Bacon Fellowship”. A relationship with strong principles which was born from bacon and includes free high fives. It also gives people the motivation to participate in a long cycling event (Pigtails ride: more than 100km) that includes lots of stop-overs with the possibility to try new bacon recipes. Physical activity helps to burn the calories that are intaken during the festival (which are a lot LOL).
The festival also expanded in different countries, even in Japan and Iceland. Hopefully one day Padova could host a Bacon festival too. Who would(n’t) participate?!?
Marco Tonin 5ABTS
Yassmin Laakroud 4ABTS
Mattia Zambello 4AEM

On March 30th about thirty students of our High School took part in an important meeting of Art and American Culture.

As Amy Worthen said “Art is what shows our humanity” for this reason we have to protect and share it as much as possible with the old and new generations. A lot of International and American artists are exhibited in the museum, Modern and Contemporary Art is the theme. In fact, the structure is art too. The first building was created in 1945 by Eliel Saarinen, the second in 1978 by I. M. Pei and the third in 1985 by Richard Meier.

Her art takes inspiration from the current events, the period and everything that surrounds her. The beauty of American and Venetian architecture is perfectly represented in the cure and attention with little details and seasoned with her fantasy, in a perfect mix of manuality and ink. While she engraves, she’s in her world and a beautiful light lights her face up. But she doesn't do only that. Political events and movements become part of her drawings and thanks to colours she can convey the essence of the moment. During quarantine, her art evolved and started to study the shadows and draw the wisteria flower, a beautiful and gentle flower just like the artist. At first, she was scared by the shadows because she was seeing them as the evil part of the world, but the shadow of the wisteria at the moonlight affected her in a positive way. She doesn't depict only physical things but also the essence, emotions and sounds that surround her. One of her most impressive works is the word “Vote” written together with the letter that she made and that became a real advert! She thinks that Art shows our humanity and it’s meant to be shared with people, to remember them how beautiful life can be. The Meucci-Fanoli Institute is glad to have met her and her works. 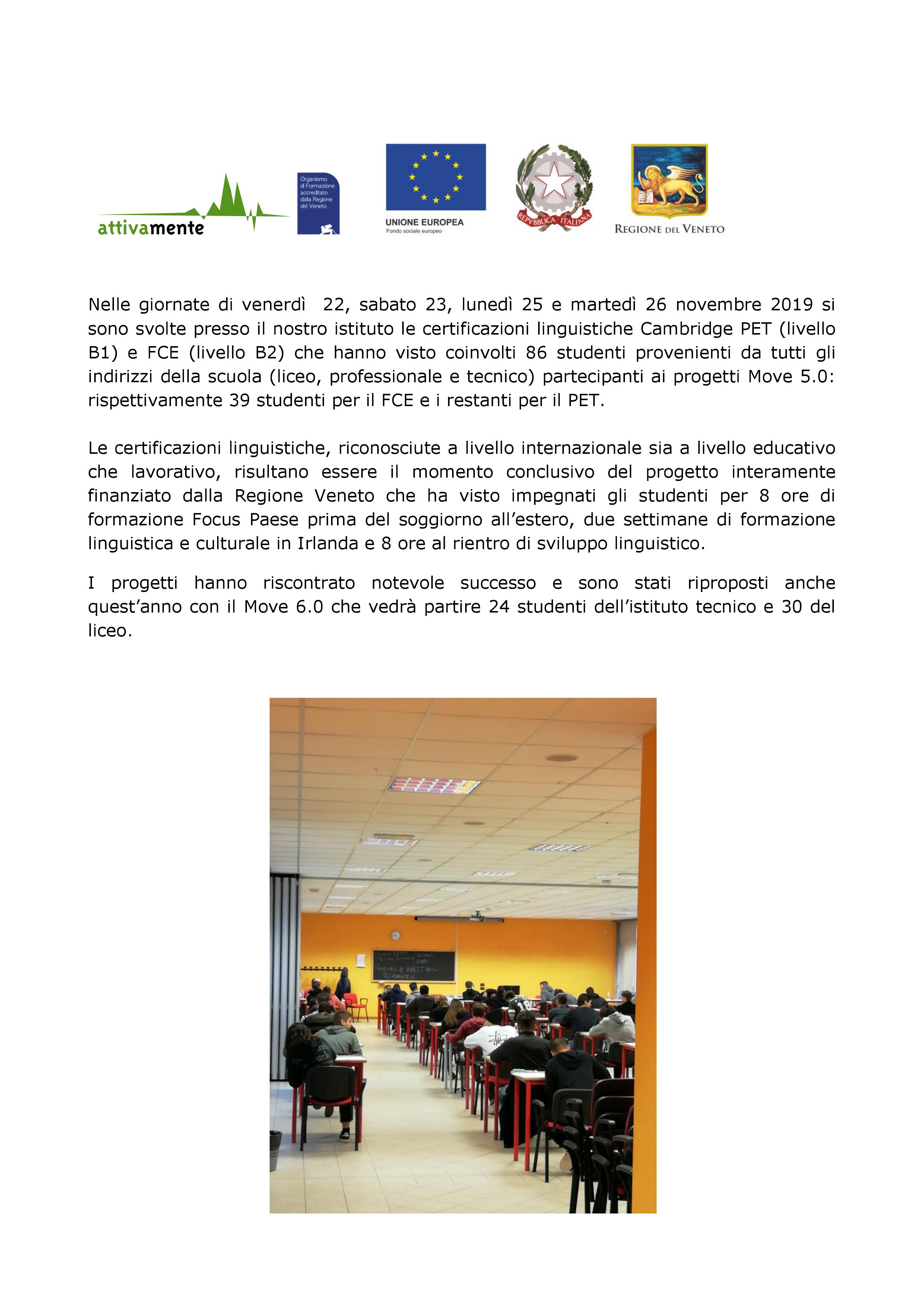 As part of the project Move coordinated by the teachers Tucci and Vassos, almost 90 students from our school had an amazing opportunity this summer: instead of staying up late and being lazy couch potatoes, we would have to leave our comfortable beds behind and fly to the greenest country-also known as Ireland- to study and go on various trips; some of us went to Bray, together with professor Pancotti and Portera, and another larger group went to Drogheda, together with professor Taraborrelli, Vassos, Notaro and Regiani. I would like to share with you my experience, as part of the “Tecnico” group based in Bray!

At first we were a tiny bit unenthusiastic, especially given by the fact that the temperature was really low and the weather wasn’t that great, but we soon cheered up and started enjoying our stay.
We went to beautiful places ranging from the capital -Dublin- to smaller towns like Greystones and Sandycove, the landscapes were breathtaking and the shops were very tempting as well.
Our school was situated right by the ocean and we would always take our breaks on the coast, the bravest ones also took a swim and came out of the water shivering and screaming (personally I would NOT recommend).
As crazy as it may sound, school time wasn’t so bad: we had very active lessons and by active I mean that we would have to move either to play some kind of game or to switch partner, so the lessons weren’t so boring after all.
On the other hand, when we talk about our host families, the experiences may be very different, some of us had a really good time and, even though dinners weren’t the greatest, we really got along and were treated like part of the family; unfortunately not all of us were so lucky, but thanks to our teachers and with the help of the school, they were able to move unhappy students to a better host home.
Overall this trip was not only a wonderful opportunity to improve our English and social skills, but it also taught us how to be more responsible and also how to say prime minister in Gaelic (teashock), we even learnt an “annoying” song called Molly Malone which we used to torture our teachers with.
Lastly, I would like to add that if this opportunity comes along in the future once again, I would advise everyone to give it a try because, at the end of the day, it’s really worth it and it will surely help in the future as well, I’m sure we can all give up two weeks of our 3 months long vacation to take this valuable experience!
Mara Tiganus – 5^ABTS

A series of images of the trip follows: 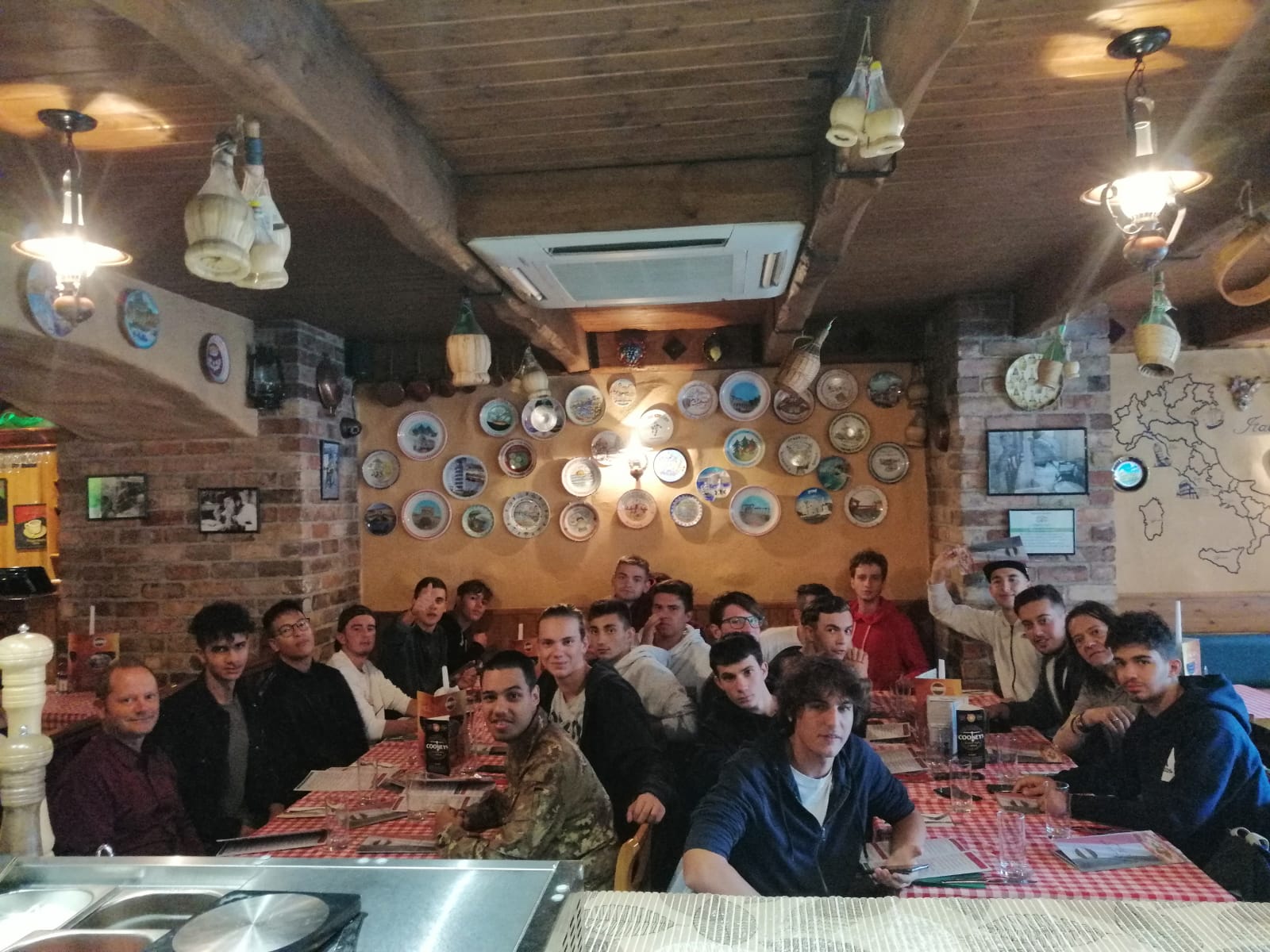 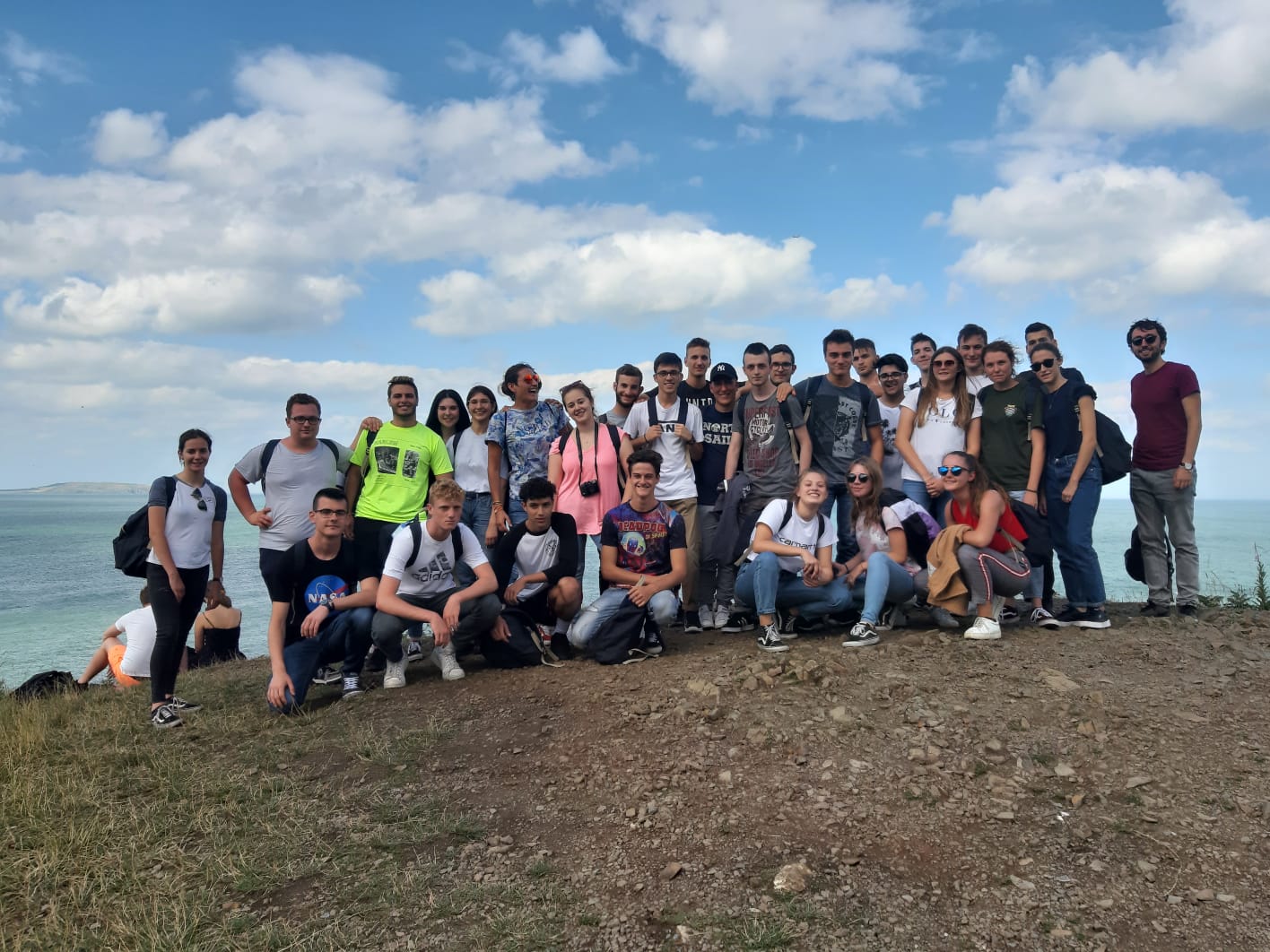 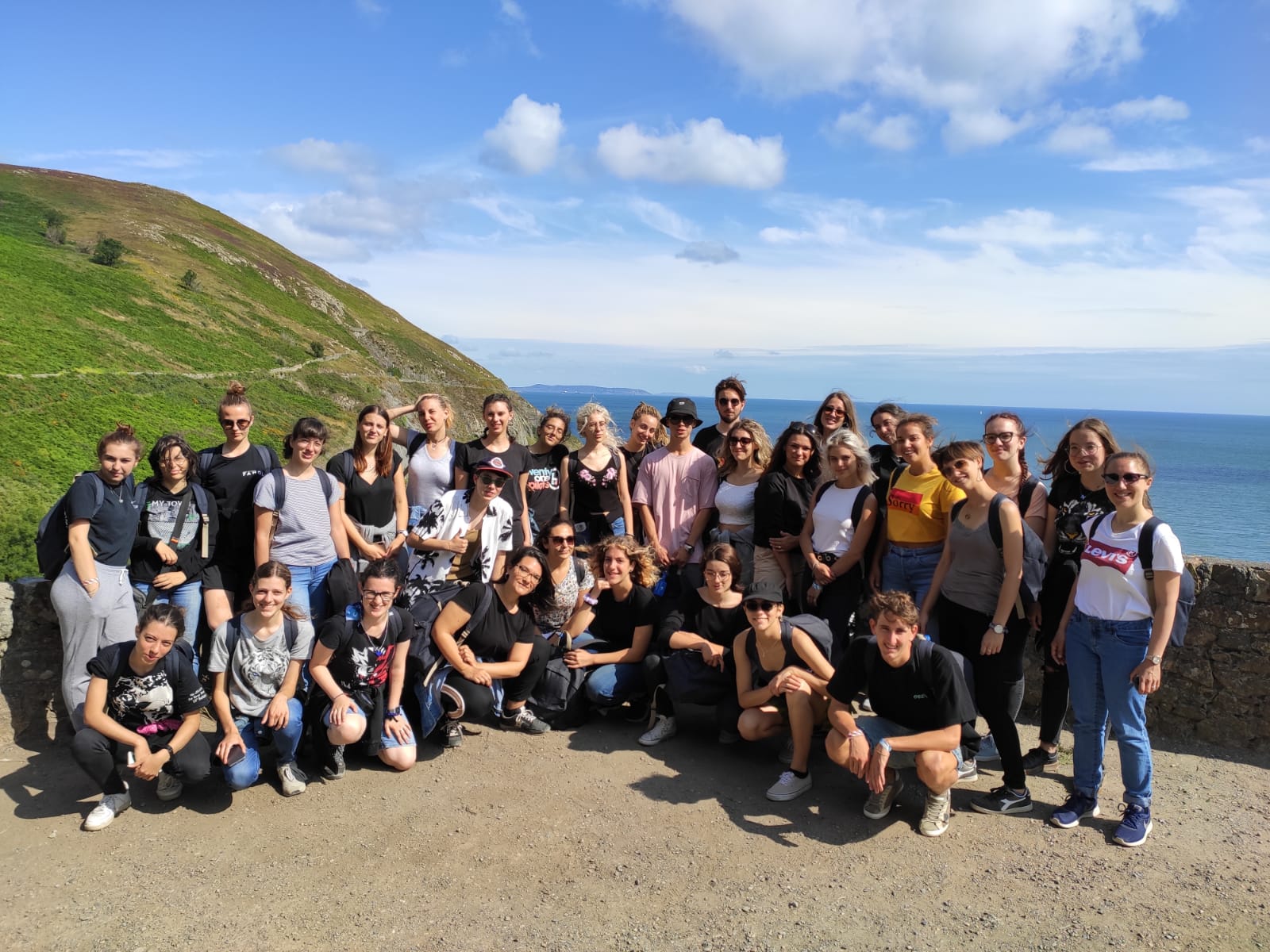 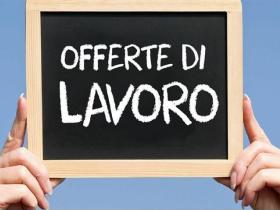